On the day of the Sunni Eid

Many of you must be fed-up to see images of people hugging each other on the day of Eid. Of the Azad Maidan ground full of devotees bowing with choreographic precision while offering the Eid-ul-Fitr prayers. Of young boys and girls running across the town, playing, screaming, collecting the "Eid" envelopes from their elders and relatives, spending the cash on hand-held brick games or street food or getting trinkets and make-up kits.

So, here I am, with an unusual take on what happens on Eid day in the streets of Bhendi Bazaar. For the last 20-odd days, hundreds of street-wise entrepreneurs had set up eating or sales stalls on both sides of the main roads at Bhendi Bazaar, selling halim (goat's trotters in a heavenly gravy), cheap cosmetics, kurtas and ladies' tops, undergarments, handkerchieves and what-nots. The stalls are all erected under bamboo roofs and inside,the there are cheap wooden tables that are covered with white cloths and upon which the sales stuff is kept/displayed.

During the last week, and esp the last days of Ramadan, the roads are choc-a-block with hordes of Muslims who shop for dresses, shoes, and all the other stuff that is on sale here. Traffic moves at a snail's pace, or even slower, and this, combined with the heavy rains that we saw this year, creates a lot of chaos that has to be seen to be believed.

And then, it is chand-raat. The night before the Eid when the frenzy reaches its acme. Stalls remain open through the night, and close at almost 4:30 or 5:00 a.m. By 9:a.m., the Eid prayer congregations have dispersed, and then, this happens: 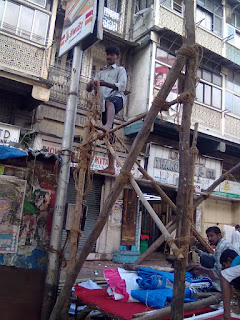 The dismantlers arrive by noon, and by 3:00 p.m., the stalls have been all demolished. There are plastic bags, muck and newspapers lying all around the place. The bamboos are removed, the strings are all thrown nearby, and the bamboos are all stacked up on a side. A truck moves from one dismantled stall to the next, folding and taking away the tables. A hand-cart hovers nearby too, stacked with large folded sheets of plastic that formed the sides and the roof of the stalls. 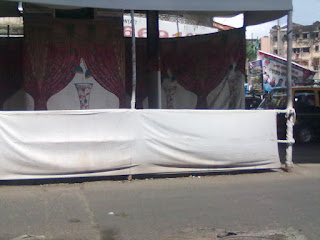 And the roads and footpaths will be reclaimed by the locals by the next day, and life will return to "normal". 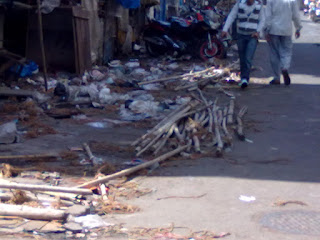 Only, this - this that I have described and shown, is also NORMAL for this part of the city!

Just take a look at the final picture and judge for yourselves. This is a very sorry state of affairs. Those that have earned their money from here must take responsibility in cleaning up the place.

That's all for now. 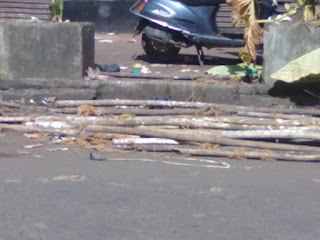 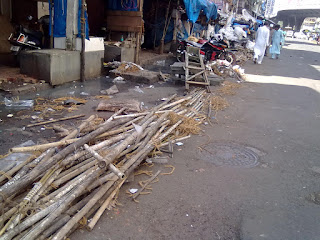 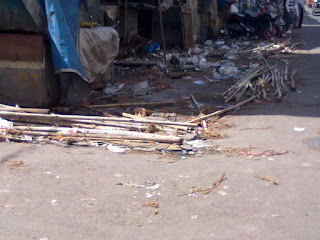 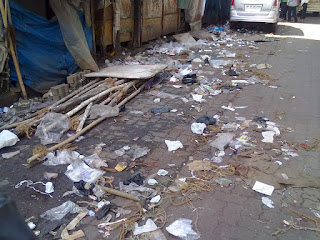