The day began with a hearty breakfast at the hotel where we were staying. Sanjoy was there to take our order and to chat with us, and his staff members served us very enthusiastically. We ordered some special stuff that he recommended, steering clear of pork - which none of us eats - and also partook of the food that was already served on the side table - such as cornflakes, fruit, etc.

Our first stop today was the Roman Baths. What can I say about this wonderful place? Bath already had the hot water springs. Evidently, they were known to the Romans while England was part of their empire. Successive emperors and kings of that era came to visit the Baths, and over time, a complete township developed here. The Baths have their own story, their lore, and the attached museum, hundreds of artifacts, some regal, others, commonplace, that are witness to the Roman era of this region. We learned that the excavation of the Baths is an ongoing project, and more stuff keeps getting discovered.

The most interesting places here were the topside balcony with statues of the different emperors that either visited the baths or were remembered and glorified, the actual baths on the lower level, the pump room where the water was pumped mechanically into the baths, the private bathing areas for the rich and royal. the museum with most artifacts backed by interactive stories, and the large wishing well, with thousand of coins people have thrown into it, hoping that their prayers would be answered.

Here are some pictorial memories of our visit. You can see that the pictures depict the upper balcony, the baths themselves, and various artifacts from the museum. 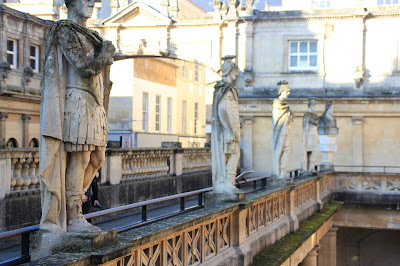 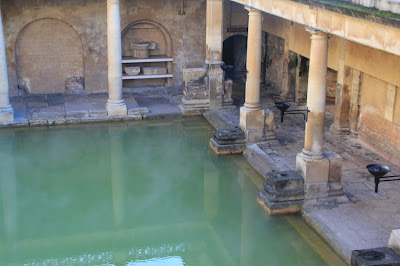 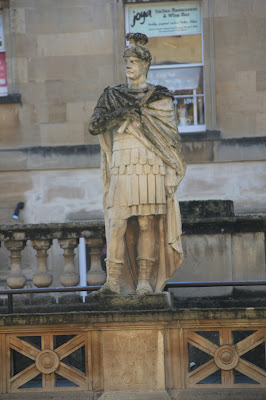 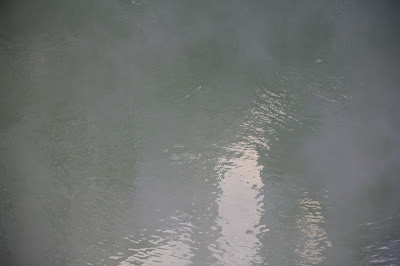 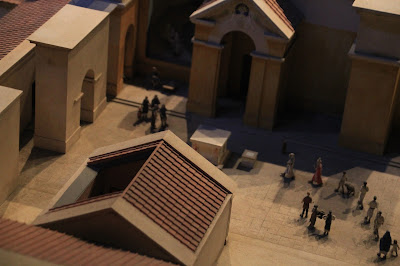 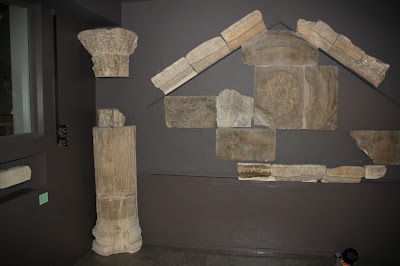 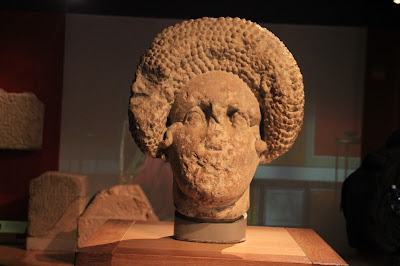 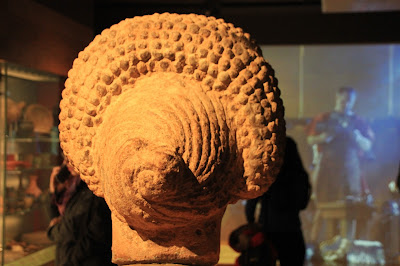 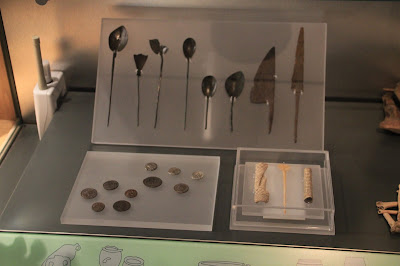 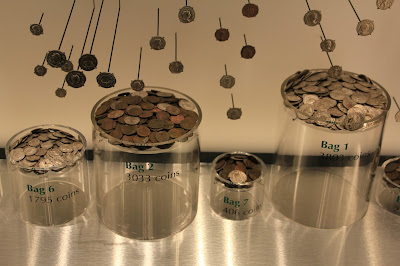 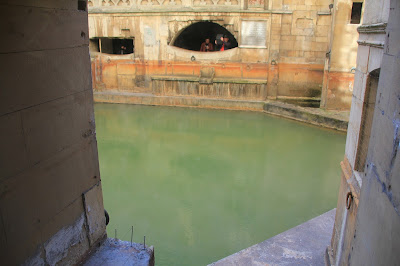 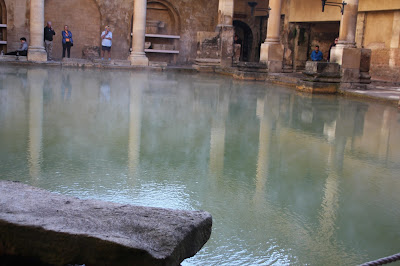 From the baths, we progressed to a unique village that has been called the "prettiest village in England". This is the Castle Combe village (click HERE for their website). Located in Wiltshire, at the southern end of the Cotswolds area of England, this small heritage village is indeed very beautiful.

The following lines sum up its beauty:

The village is known for its Parish church that dates back to the 13th Century, the remnants of an old Roman fort that was later converted into a castle (hence the first part of the name), its history of being a hub of the woollen clothes industry in the 19th century, its thick-walled houses with split-stone tiled roofs, and its association with many movies, the most important one of them being Doctor Doolittle, shot here in the early sixties. (I remember seeing this movie as a school child in the New Imperial cinema behind my school - the cinema was later replaced by the Sterling cinema, now multiplex, that stands at the very same spot.) A few memories from this place: 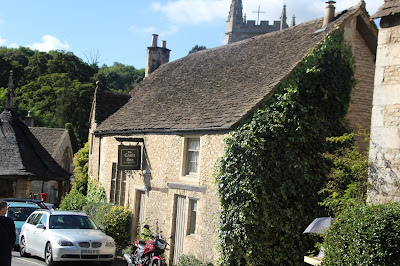 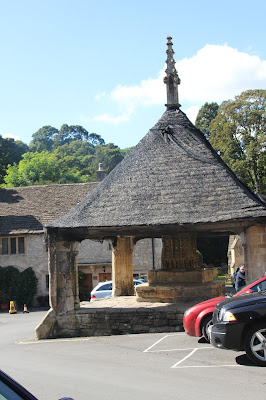 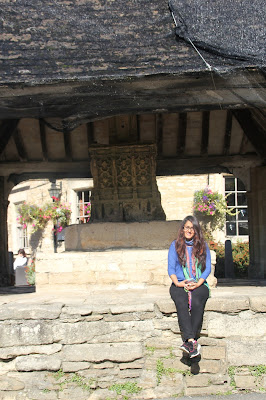 We had home-made ice cream at a small shop here and acquainted ourselves with some locals as well as other visitors. Leaving this place around lunchtime, we then drove to Stonehenge. This would be our last visit for the day, as it would take over 3 hours to drive there and to visit it.

Stonehenge (see THIS LINK for the official website) is a prehistoric Neolithic group of monoliths erected for an unknown purpose, and is the most visited historical structure in England outside of royal palaces and castles. In fact, as per my knowledge, it is the single most important structure of historical, architectural and scientific nature anywhere int he U.K. Here are a few pictures we took of this amazing site. We did take the full tickets that include the free bus ride to and from the site from and to the visitor centre and parking lot. 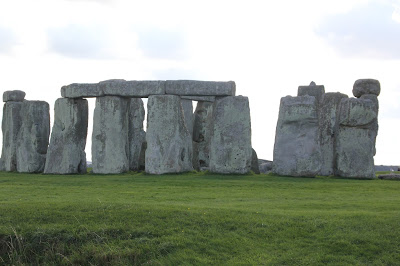 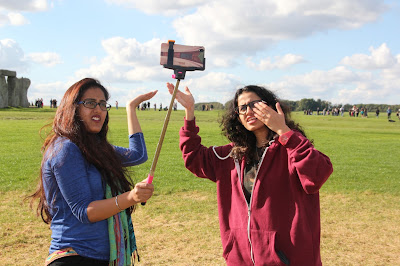 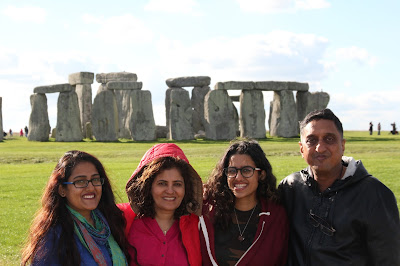 The Stonehenge comprises blue stones (sarsen stones, transported here from Wales) cut into large columns that are sunk deep into the ground and arranged in the shape of two, rather large, partly destroyed circles. The entire site is actually a burial ground over 5500 years before now. Researchers feel that the stones are arranged in a particular way - with some stones set atop a pair of stone columns like a support of some kind. 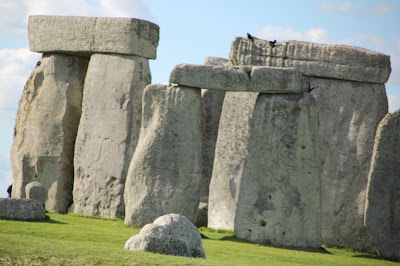 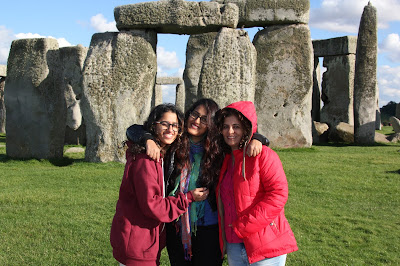 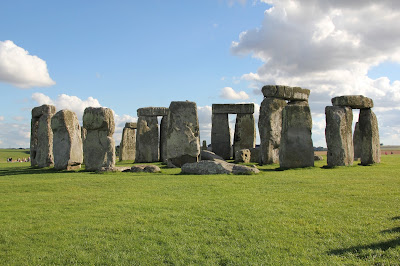 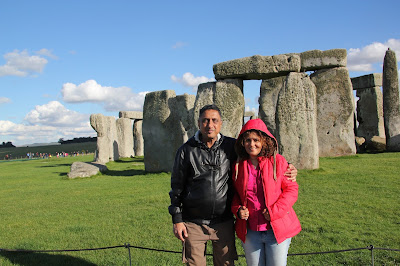 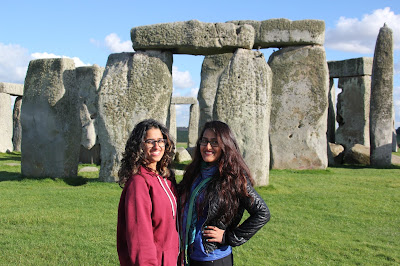 We had originally planned to finish the Stonehenge visit by half past four in the evening and then drive to the Jurassic Coast, but we ran out of time. Hence we drove back to Bath to our hotel. For dinner, Hannah and I went out to get dinner to eat in our hotel room. We got back Indian food that wasn't too spicy and we had it in our room. We went to sleep a little after 11:00 p.m.