My trip to Chandigarh with Nishrin, my wife

Nishrin and I had planned this journey a while ago. Her intention was to get me to meet many of her other relatives who were eager to meet me; however, her main aim was to arrange a "bhog" ceremony in memory of her deceased parents. Accordingly, I had booked the flights to and from Chandigarh more than 2 months before.

We left in the afternoon of 21st January via Jet Airways from the domestic airport. The flight took off 2.5 hours later than its scheduled time as there was a lot of fog in Chandigarh. Thus, instead of arriving by 12 noon, we reached well after 2 p.m. Bunny (Aditya) and his mom Pinky (Tejinder Kaur) were awaiting us at the C'garh airport. We drove to their house which was more than 10 km away. They live in an upcoming area of Mohali in Sector 110, where their house is part of a G+2 structure. Their home, a three-bedroom hall home, is located on the first floor. They have a nice, big hall-cum-dining area, which leads off into three bedrooms and a small store-room plus a well-appointed kitchen with a pre-installed modular kitchen. Most of the decorative items in the hall were past gifts from our family ... and each one has been taken well care of! We had lunch prepared by Pinky already (it consisted of chapatis with mutter paneer and sarso ka saag). The food was hot and it was delicious.

Harry and Baneet joined us during the evening. Harry invited me to join him in his evening round of hard drinks. I would leave out the details of the next few hours. Later, we went to see a few upcoming construction projects in the area, and really liked one of them seriously enough to consider investing in it. We told the marketing guys we would revert to them in a few days' time.

Dinner on the first night was simple and consisted of dal and roti. We slept by half past ten, in anticipation of an early departure the next morning to Nishrin's native place Bhularheri. 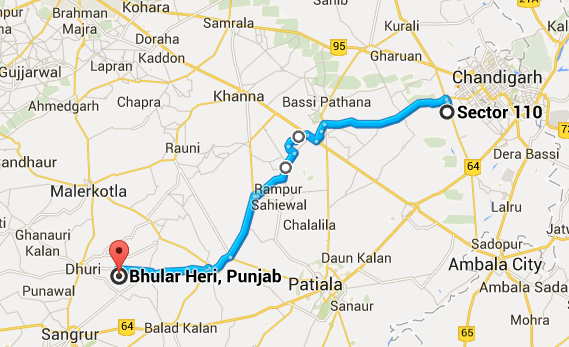 The next morning saw us driving with just Aditya, Pinky and the two of us to Bhularheri. The road varies between very good grade to quite a dusty track. The best stretches are over Fatehgarh Sahib and Nabha, which are small towns. There are fields of mustard, sugar cane and wheat all around you. 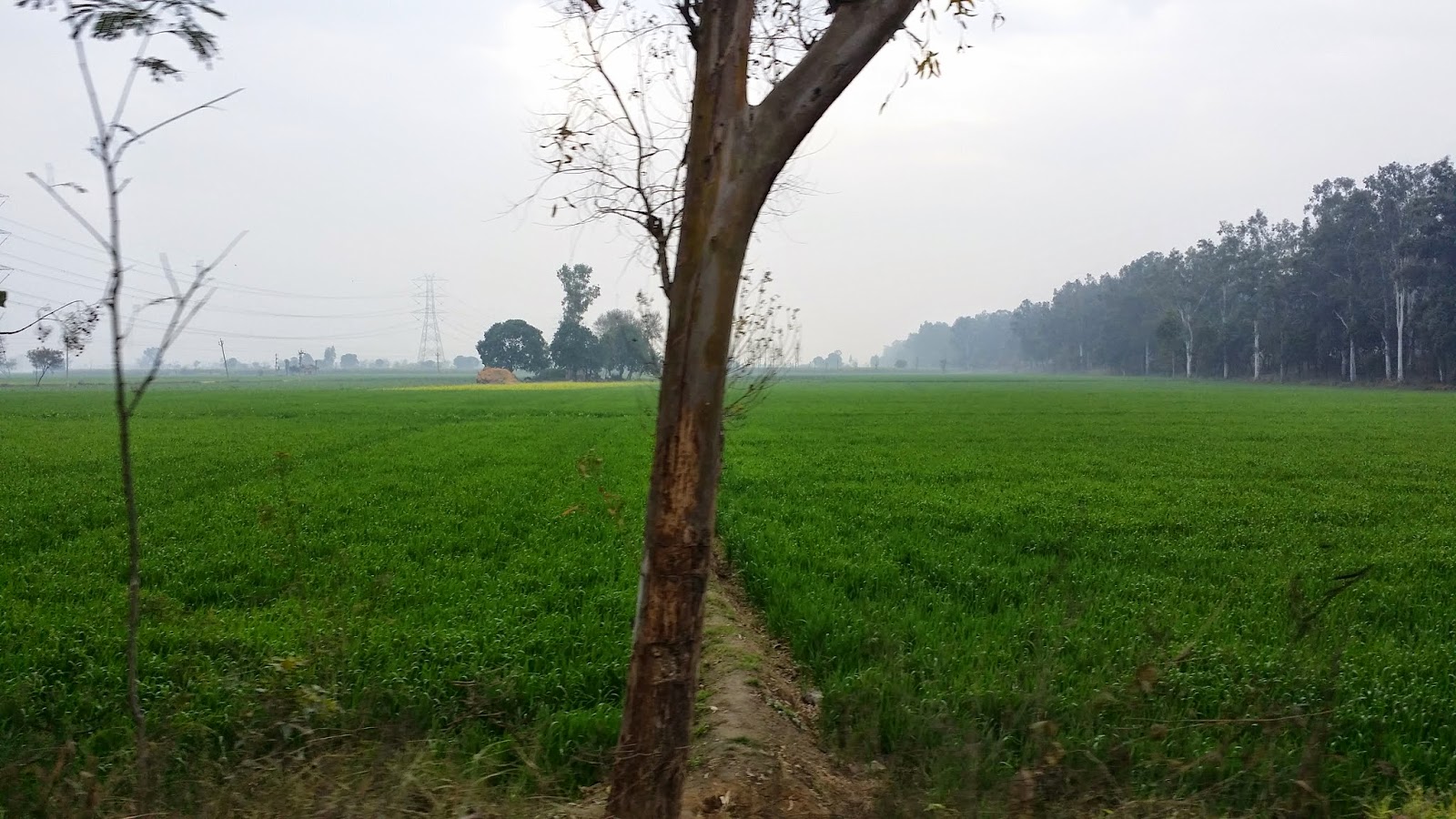 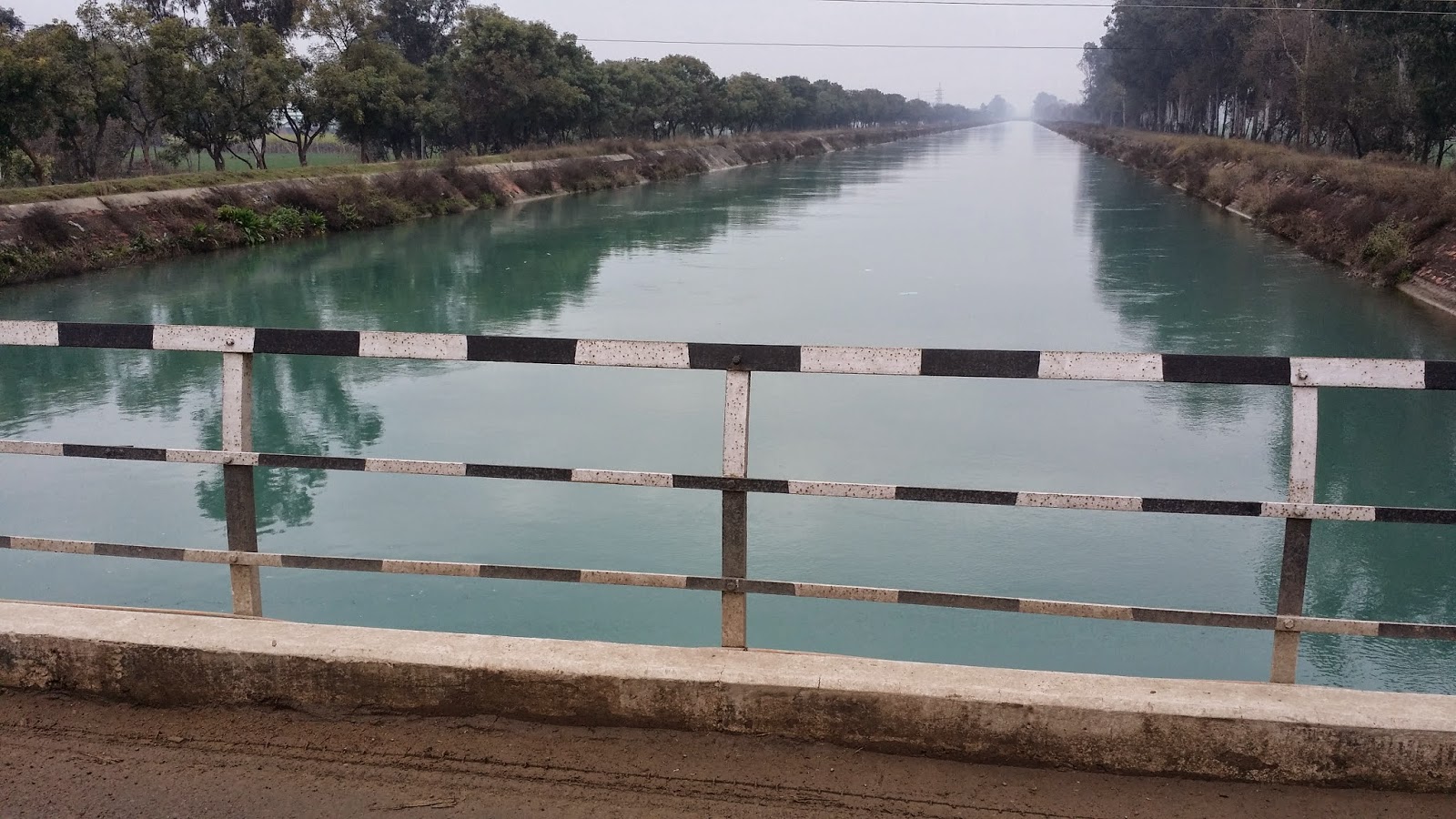 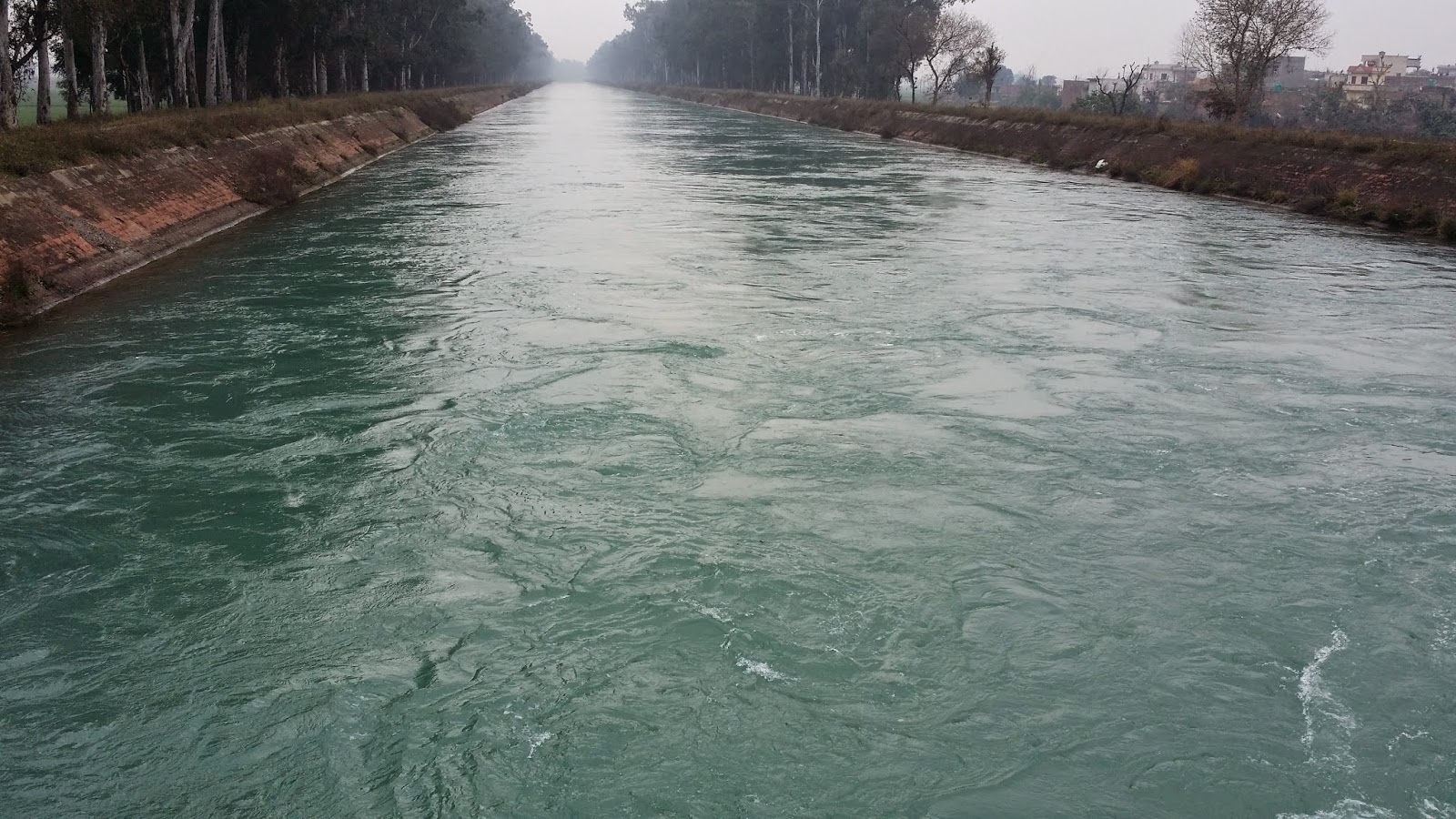 Then, as you approach the village, the roads become narrow and increasingly difficult to drive over. In fact, because of rains the previous night, the roads were positively mucky.
Presently, we arrived at Nishrin's parents' home. The present residents are all relatives of Nishrin, and include her uncle Paramjit, her aunt Jasvant, her cousin Preetpal (a.k.a. Chintu) and his wife (Mandeep) and the children (Govind and Mehreen), as well as her other aunt Surinder who recently lost her young son Babey (Sandeep) and got Babey's wife married to Chintu.
The relatives were welcoming, and the next 20-odd hours that we passed here passed very quickly. We had tons of tea, and food was presented almost every 3-4 hourly. The next morning saw us organising the "Bhog" ceremony. The "pandit" came as early as he could, and, along with his two cronies,  he set up the prayer area in Nishrin's father's old room. The guests came pretty soon, and as they gathered in the courtyard, so we made preparations for the food that would be served to them as soon as the prayers and the reading of the Holy Book came to an end. 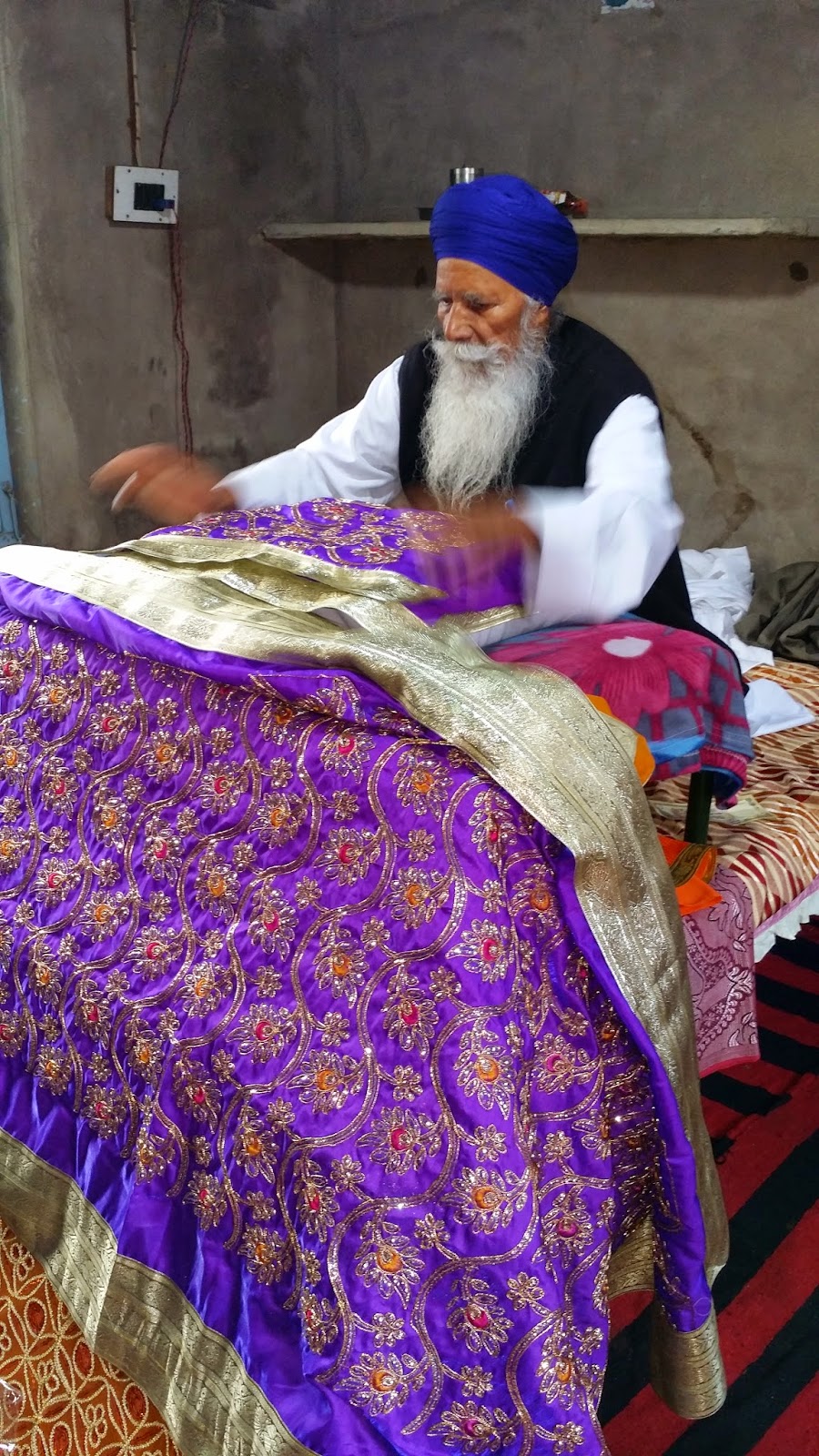 About 60-odd guests sat in rows to eat the served food, which consisted of mixed vegetables, paneer mutter, kheer, salad and chapatis. They all left by 1 p.m. Thereafter, we all had our lunch as well. By half past two in the afternoon, we, who had come from C'garh were preparing to return to C'garh.
Late the previous night as well as today afternoon, we took photos with Nishrin's many relatives. Here are some pictures that we documented: 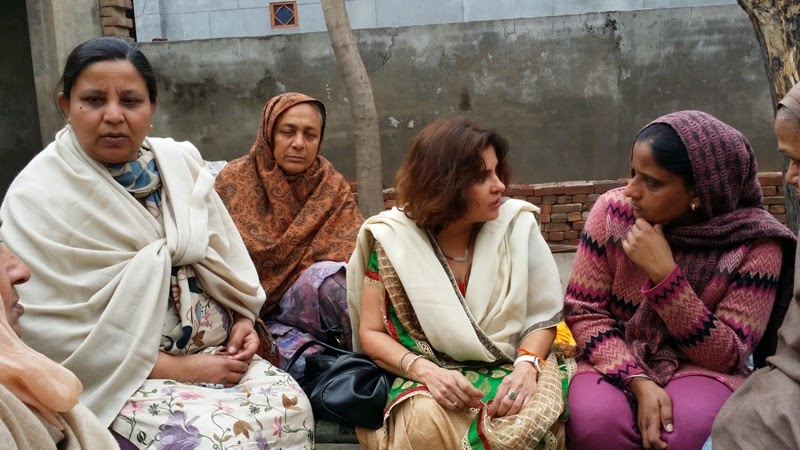 After we returned to Mohali and to Pinky's home, we rested for a while, then went back to the project office of the construction site we had short-listed and put down a cheque towards down-payment on a 2.5 BHK house in Sandwoods' Estate's Opulencia project. To celebrate this new purchase, we went back home where I helped to cook chicken curry with rice as per my recipe. The chicken came out really nice!
This was our last night. The next morning, we left for Mumbai again, taking the host family to a nice restaurant for breakfast as a treat for them to celebrate our booking a new house in Mohali.
That's it for now. Do leave your valuable comments. Thank you.